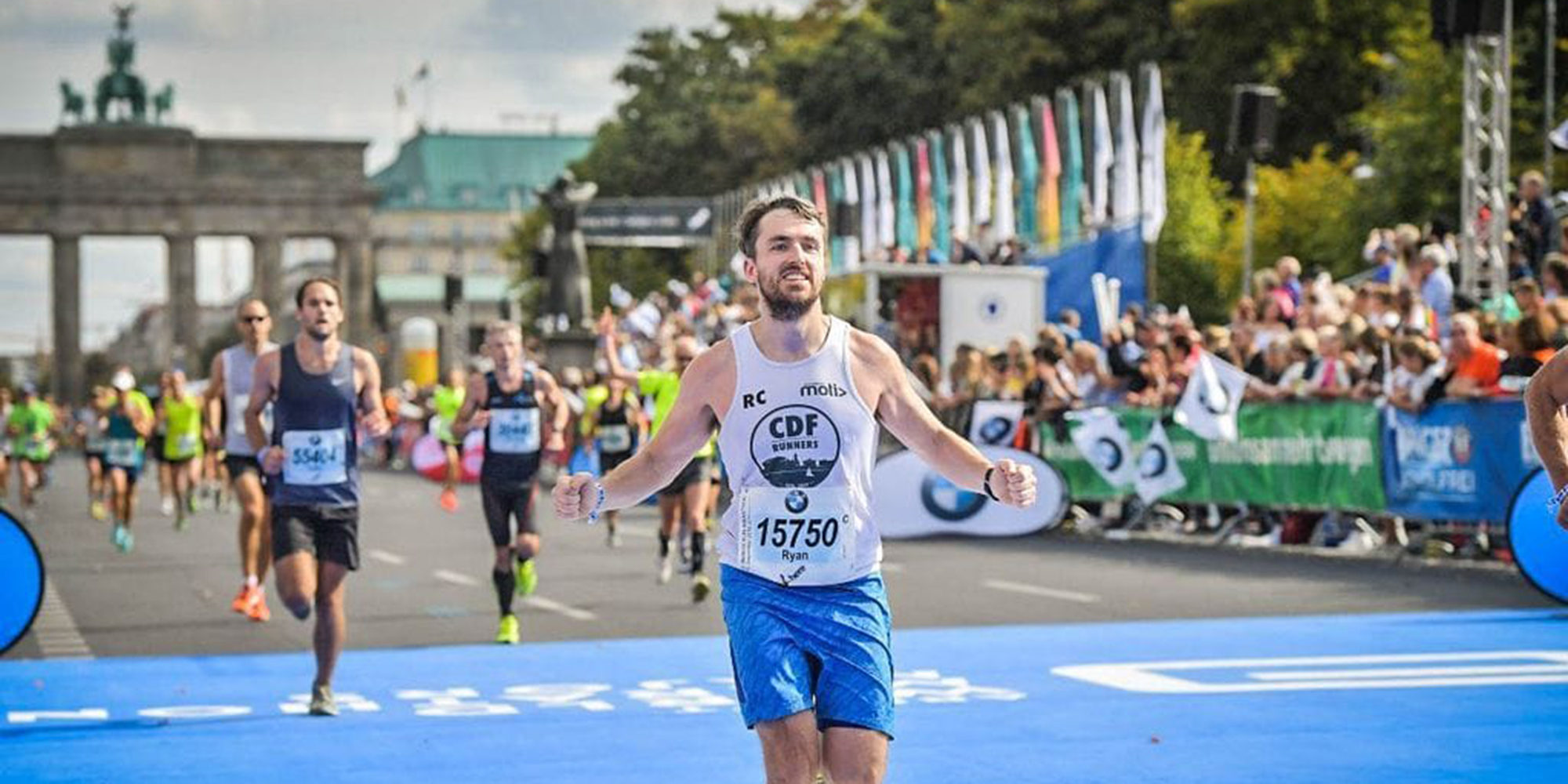 Next up as Runner of the Month, we get to learn more about one of our hardest working runners Ryan who can regularly be found hitting the gym straight after a hard run. He’s also recently started to help plan and coach the midweek club sessions.

How long have you been running: Since 2014
Favourite race: Cosmeston Relays is always incredibly good fun.
Favourite distance: 5km – it’s super hard but you can recover from it quickly
Favourite time to run: Training in the evening, racing in the morning
Greatest achievement: Getting sub 3 hours at Yorkshire Marathon

I’ve always dipped in and out of different sports, but never considered that I could be a runner.

I was rather heavy as a child and you’d find me towards the back of the school cross-country, breathing heavily and complaining about how far it is. But as I approached my 30s I thought I’d set myself a challenge and signed up for Cardiff Half thinking that I’d run one and never run again. But like most people I got the bug and as soon as Josh Dixon suggested we go to what was then Nike Run Club I knew I’d found a new spiritual home.

Like most people I was worried I wouldn’t be quick enough, that the run club was for the elites and sub-elites and I didn’t want to embarrass myself – but as soon as I got there I found some of the most friendly and welcoming people I’ve ever met in my life.

I’ve loved how the club has evolved and I’ve loved being part of that.

However what I like most is that it hasn’t lost the core of its friendliness, inclusivity and encouraging nature despite all the changes and the move from Nike to Moti.

Since I’ve taken up the sport I’ve done things I’ve never thought would be possible. Part of the reason I love running is that there is always another way in which you can stretch or test yourself – running faster, longer or other ridiculous challenges.

Having suffered with body image issues for many years I found it really powerful to find something which encourages me to focus on what my body can do rather than what it looks like. It’s certainly built my confidence, but it helps my mood as well – running makes me much more cheerful. With all this I’ve also learned a great deal too, both about the sport and myself. I love seeing newer runners coming along and hitting their goals and it fills me with a great sense of pride when people ask for tips, hints or guidance. There is no better feeling than a massive club event in which we all smash PBs and soaking up everyone’s feelings of success. Cosmeston Relay has always been a great example of this – it’s why it’s my favourite event!

I continue to be quite goal focused with my running, but as I get older I know that I won’t be able to do this forever. I have already begun to change my mindset on this with the thought of taking on the challenge of an ultra and more trail running next year with the hope I can begin to smell the roses rather than just chase the times. But until then you’ll probably find me endlessly pounding the pavements around Cardiff.