Wow. What a ludicrous, brilliant race this was.

I could just tell you it’s a 12 mile trail race in the Gower with about 500m of elevation, and whilst i’d already be pretty excited about that, it doesn’t tell you half the story.

The race briefing had a fantastic juxtaposition of the Race Director telling us it was a community race, and that we were raising money for the Wales Air Ambulance, followed by race MC ‘Skillsy’ who said it was the stupidest race in the country, and that “500 of you are going out, and I honestly couldn’t care less if only 200 of you came back”. I already knew this was going to be fun. 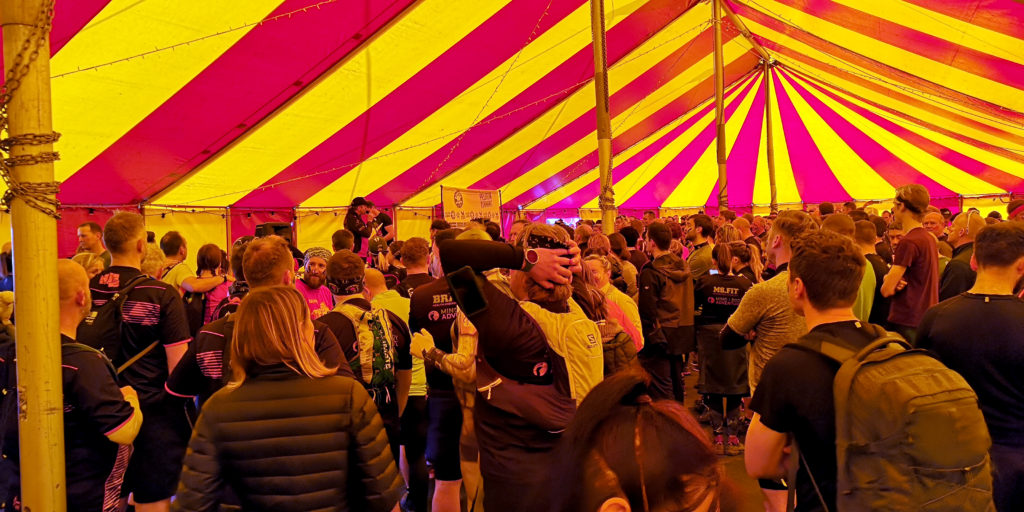 Instead of starting in waves, this race uses 6 pelotons, which set off in reverse order, slowest to fastest. Holly and I opted for the ‘Indefatigable’ peloton, so we went 4th in a group of about 30. The unique thing about these pelotons is that you’re not allowed to run ahead of the pacemakers in each one. While most pelotons spread out fairly quickly, not making this much of an issue for most, for the fastest group, the ‘Immortals’, this creates a paced run before a dramatic fast race finish over the last mile.

The opening section through the woods started to get crowded as we caught the tail end of the ‘Inbetweeners’ and so we lost our peloton pacers as we queued for a river.

Yep, we got to run through and along a LOT of rivers, which was brilliant fun. There was a lot of mud too of course, so a good opportunity to cool down and give my trail shoes the only clean they ever get.

We ran to Three Cliffs Bay, which is a beautiful part of the Gower and definitely worth a trip there for a walk at any time. This involved lots of sand, more river crossings, some more mud, a long hill and a slippery clamber through a natural cliff arch.

Not only did we get to run rivers, but at Darth Mannion you get to go in the sea! There should have been three dips, but for some reason, we only did two, but they were hilarious. Of course the sea in these parts is pretty shallow when the tide is in so I ran out and hurled myself face first at the 8 inch deep water only to get a  mouthful of sand and seawater. It’s certainly a unique experience to have to pick yourself up and then carry on running, unable to wipe your face and eyes with anything clean!

After a sandy, energy sapping climb back up the cliff we were rewarded with some spectacular views over the coast. 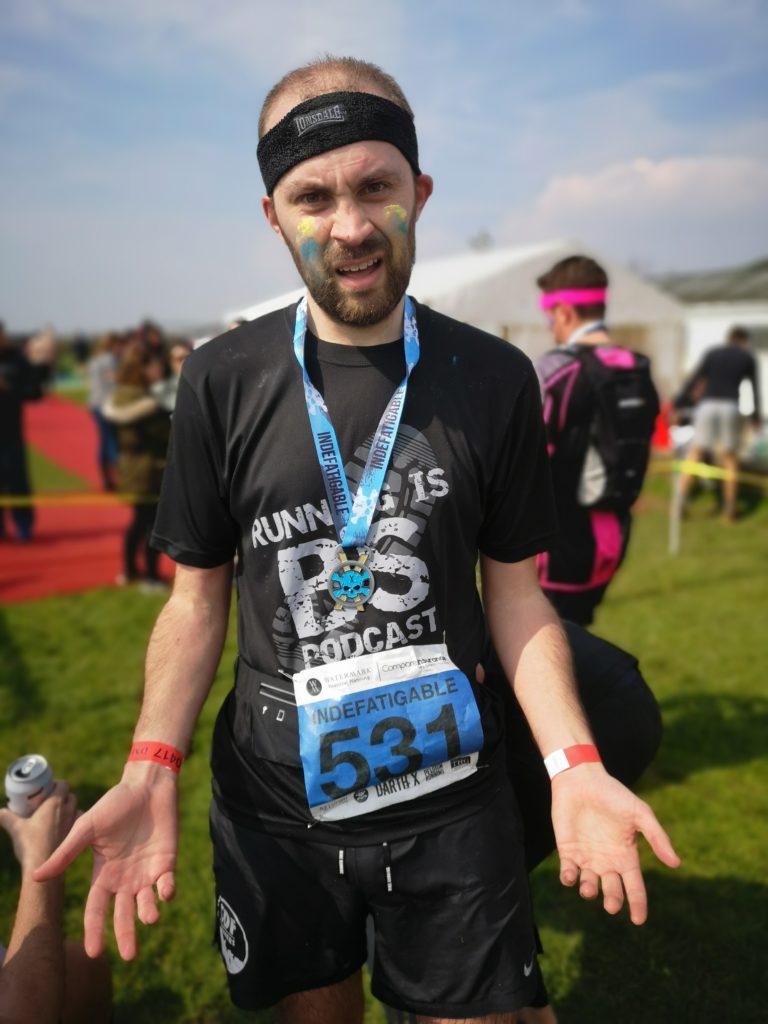 This is a good time to mention the support out on the course. Not only the marshals, which were plentiful and vocal, but what appeared to be randoms out for a walk would clap and cheer us past, loads of families and kids at the aid stations and other points along the route gave so much support. Everyone we passed was chatting and supporting each other, and laughing at the ordeal we were putting ourselves through.

The most disgusting part of any race I’ve ever done was the ‘Sheep Dip’, which was exactly what it sounded like. A brown, stagnant, pond we had to wade across, touch the island in the middle and get out as fast as possible. My feet immediately sunk in up to my shins in what can only be described as a whole load of shit. It was worse than you’re imagining it to be. 🤢

A sprint down the cliff led us out to the next sea dip, which completely drained my energy, and the climb back up off the beach over the stones started to get hard. I had hoped for another river run to clean the poo and seawater off, but the last river was a bit murky and salty, so no such luck, Darth Mannion is not that kind!

A long hill and then a few short steep climbs got us back up towards the finish for what the Immortals would have treated as a sprint. I was very much in plodding mode at this point, and dragged myself over the hay bales in the final field to cross the line.

Upon crossing the line I was offered a can of Carling. Uh, nah mate, cheers. 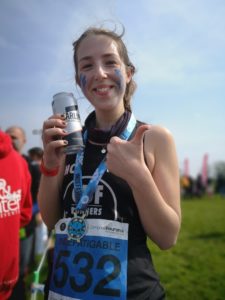 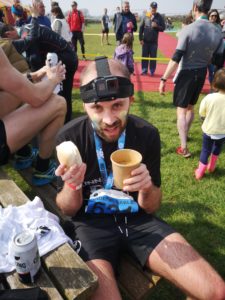 That can be forgiven as the next person who came up to me offered me a big cup of soup and bread! I can’t tell you how happy I was to receive this, there can’t be a better comfort food at the end of a tough race. There were ample showers and hot tubs(!) at the end and loads of great food while everyone was cheered in.

The peloton system meant you were never running alone, as there were people to overtake and plenty to overtake you at the same time. While it wasn’t timed, I definitely felt like pushing it when it flattened out as there was always someone to try and catch.

Obviously, i’m going to recommend this hugely as it was such good fun, and so different to anything else I’ve done. It’s like the Boguchar Rabbit Run on steroids. It’s a bit on the expensive side, but I’d suggest doing it with a group or in a pair so you can spend the whole time laughing together.

I talked about this race a bit more on my podcast ‘Running is Bullshit’.