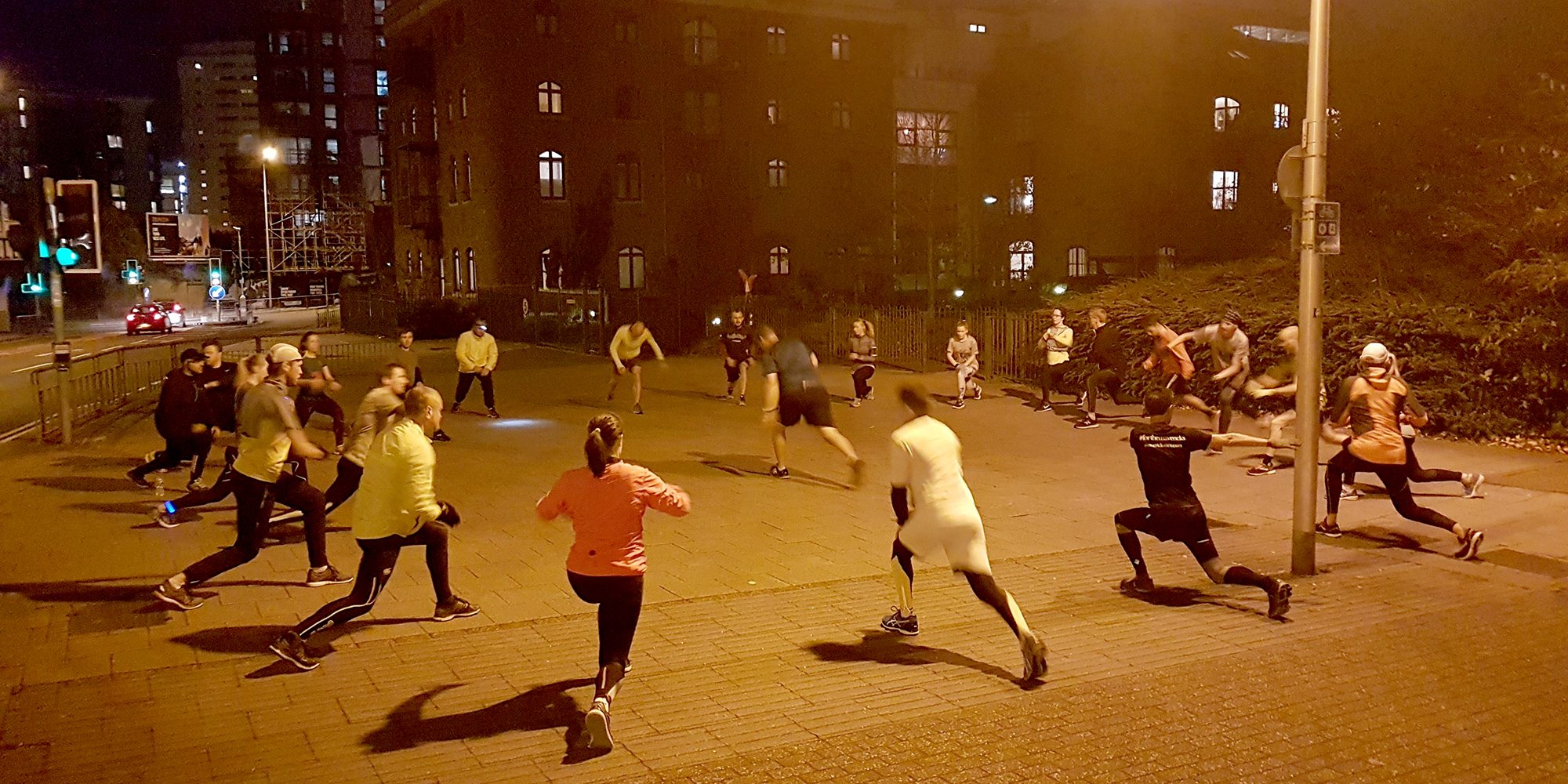 Last week Run Leaders Rich, Nina, Matt and Zoe sat down to draw up the next block of training (we had Adam along as well for quality control – if he made a face when we suggested something, we knew we were on the right track); with this block of training we’re trying to give you some interesting and challenging sessions on a Wednesday night to keep you going for the rest of the year. It’s a 10-week schedule that’ll take us to 11 December 2019, and on the 18th we’ll have our annual seasonal fun cavalcade before breaking up until the new year.

We’ll be splitting the sessions over two locations – Lloyd George Avenue and Museum Avenue – to try and keep things varied and interesting.

We’re also not assigning specific dates to a session – we’ll take a look at what the weather’s going to be like and pick something appropriate; for example, if there’s rain scheduled we’ll look at something with a low recovery time between sets. The sessions will be as follows:

The session will usually be decided on a Monday and announced on our Indang Facebook page as soon as we can.

Rather than look at specific distances, during the winter we try to use the natural breaks in the roads to set the distances for each session. The principles remain the same as the sessions we ran during the summer – we’ll split the groups by levels of ability, but give everyone the platform to push as hard as they want to on that night.