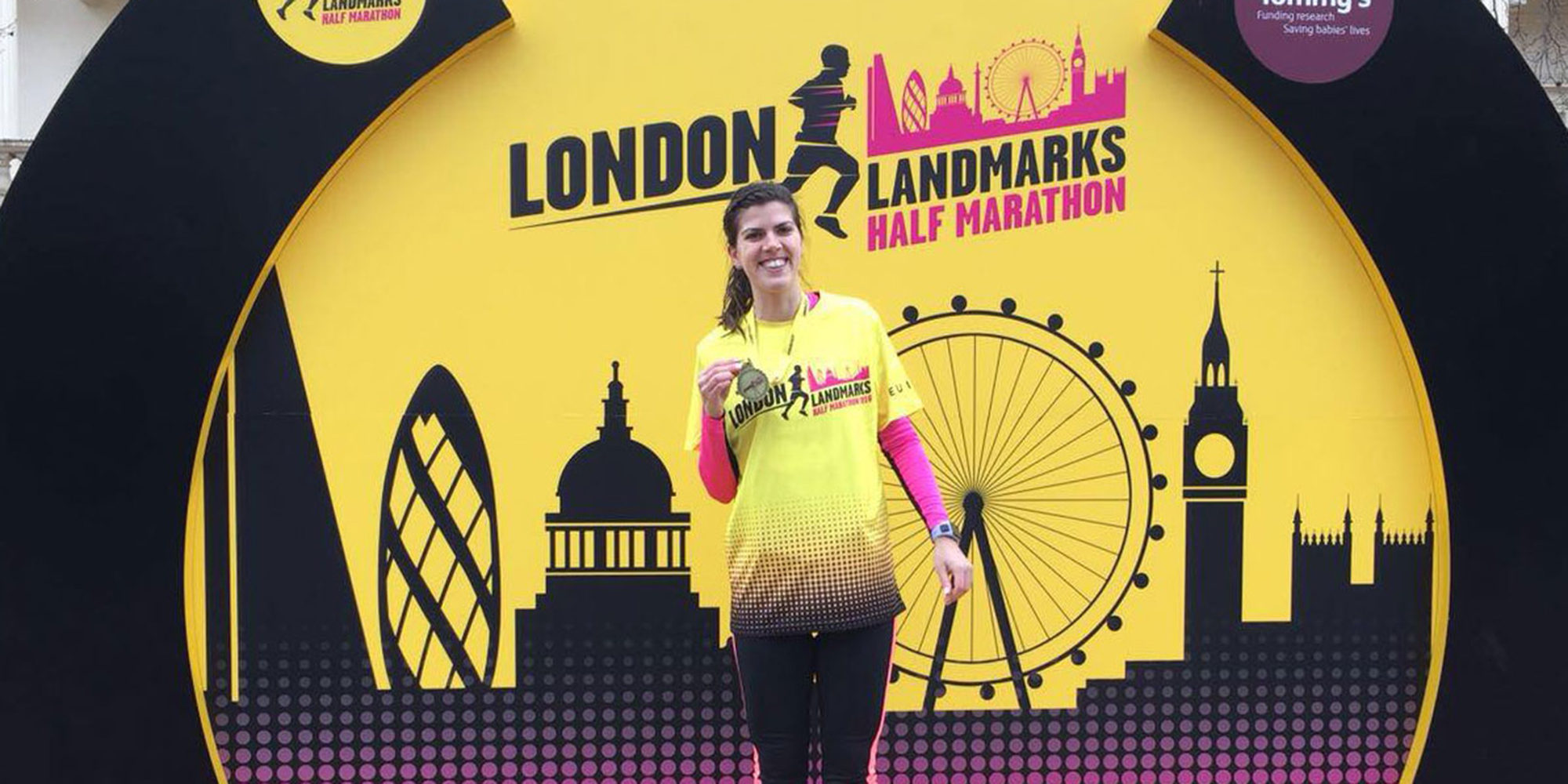 Your monthly opportunity to get to know a few CDF Runners a bit better. This month we highlight Tor Jones, fresh from a Half Marathon PB.

Back in 2013 I ran my first half marathon whilst raising money for a local hospice back home in Stroud. I swore then i’d never run another!

In 2014 I then moved to Cardiff and thought to myself I couldn’t not run the Cardiff Half whilst I’m here. After much deliberating of actually entering, 3 years later the other half signed us both up for the 2017 Cardiff Half. When I began my training I quickly found that I wasn’t comfortable running alone and with a lack of structure my motivation began to wain; cue CDF.

I joined CDF in the hope that I would feel safer running through the Autumn/Winter months and add some structure to my training. What I didn’t expect to find so quickly was so many lovely people and dare I say it some enjoyment in running!!

Enter the London Landmarks Half Marathon (LLHM) in March 2018. After a few months of consistent running I actually felt good ahead of the race, despite having my training plan interrupted by the snow! I set myself the target of getting close to the time I had achieved in Cardiff (2:23:48).

I’ve competed nationally with trampolining and prefer to stay fit by going to the gym. I’m not a runner… or so I thought. The LLHM was run in a huge personal best time of 2:07:46. I’d somehow managed to improve my half marathon time by 16 minutes in less than 6 months. I have also improved my 5K and 10K times.

CDF are a friendly welcoming bunch, offering structured training with an enjoyable atmosphere. So if you’re looking for somewhere or someone to run with in Cardiff, why not check out their facebook group?